In the heart of the old town, Villa Vinci overlooks the west side of the esplanade of Girfalco, in front of the Cathedral, on the highest point of the hill (Mount Sàbulo) where the city lies. It is a rare example, at least in the Marche, of an urban and non-rural villa, that therefore does not rely on a farm property or on the surrounding countryside.

It is located at the same place occupied, in ancient times, by the Roman Acropolis and, in the Middle Ages, by a mighty fortress. This fortress was demolished in 1446 at the end of the domination of Alessandro Sforza, with the approval of Pope Eugene IV, by the inhabitants enraged for the abuses of several lordlings who used it as a garrison and for the frequent sieges that the city of Fermo suffered just because of this almost impregnable fortress (symbol and instrument of power). 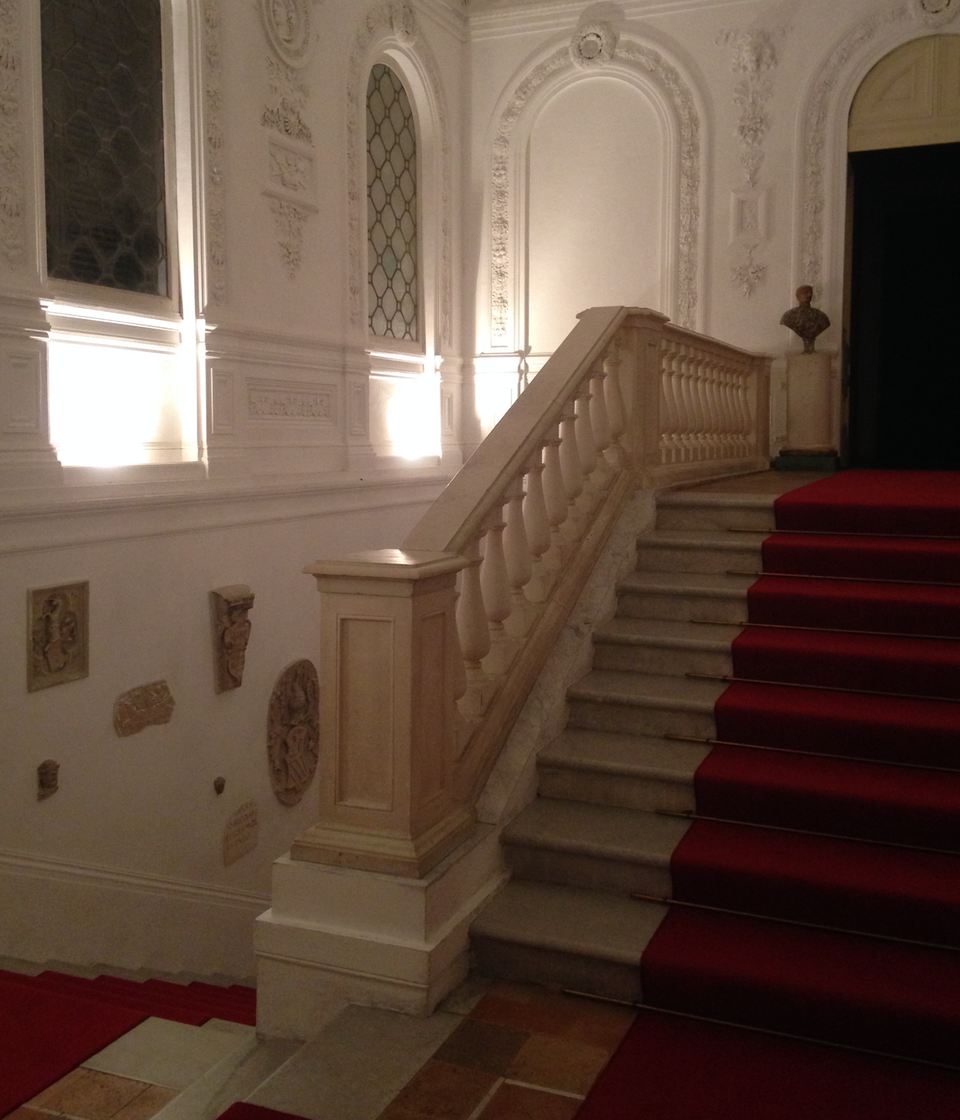 Subsequently, from 1593 to the early 19th century, this place hosted a Capuchins site (the Convent of San Lorenzo, with an adjoining church, a vegetable garden and a wood). In 1810, following the Napoleonic occupation of 1808 and the annexation of the Marche to the Italic Kingdom, the abolition of all religious orders was enacted and, consequently, the Order of Capuchins was forced to leave the place where it had been settled for more than two centuries. 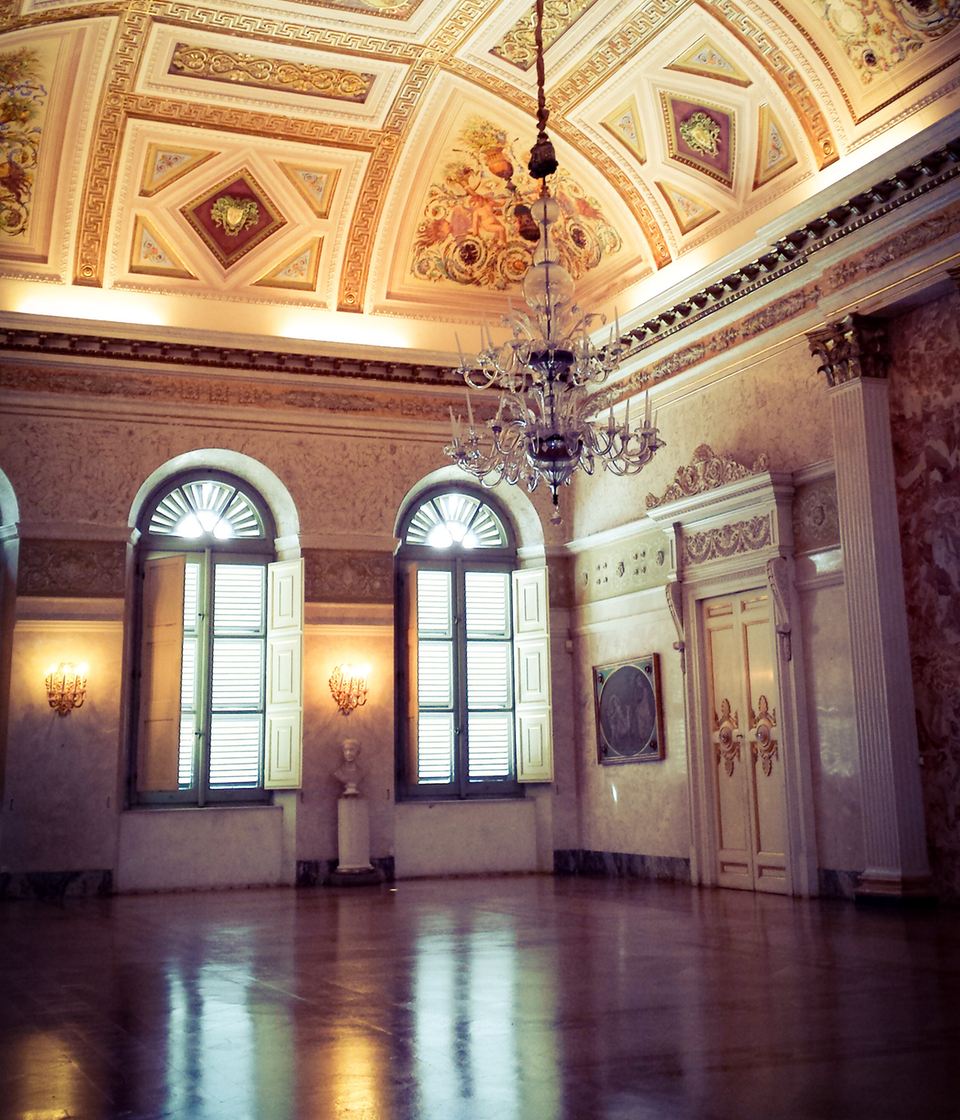 The convent became then State property, was sold at a public auction and was finally bought by Count Francesco Paccaroni, of a noble Fermo family, who took possession in 1811. The new owner modified the building and converted it into a noble residence, without altering its original layout and using mainly materials coming from the demolition of the convent, while the vegetable garden and wood became a garden and a park.

Some decades later, the Villa underwent radical changes following the design of architect Giambattista Carducci (1806 – 1878), who set up, among others, the neoclassical façade (with the typical red brick widely used in the neighbouring area), the large covered entrance on the ground floor and on the first floor a spectacular main hall, with a ceiling adorned with classical decorative paintings by the Fermo artists Nunzi, Morettini and Maranesi. The original plans, in colour, by architect Carducci are still preserved in the Civic Library Romolo Spezioli of Fermo. 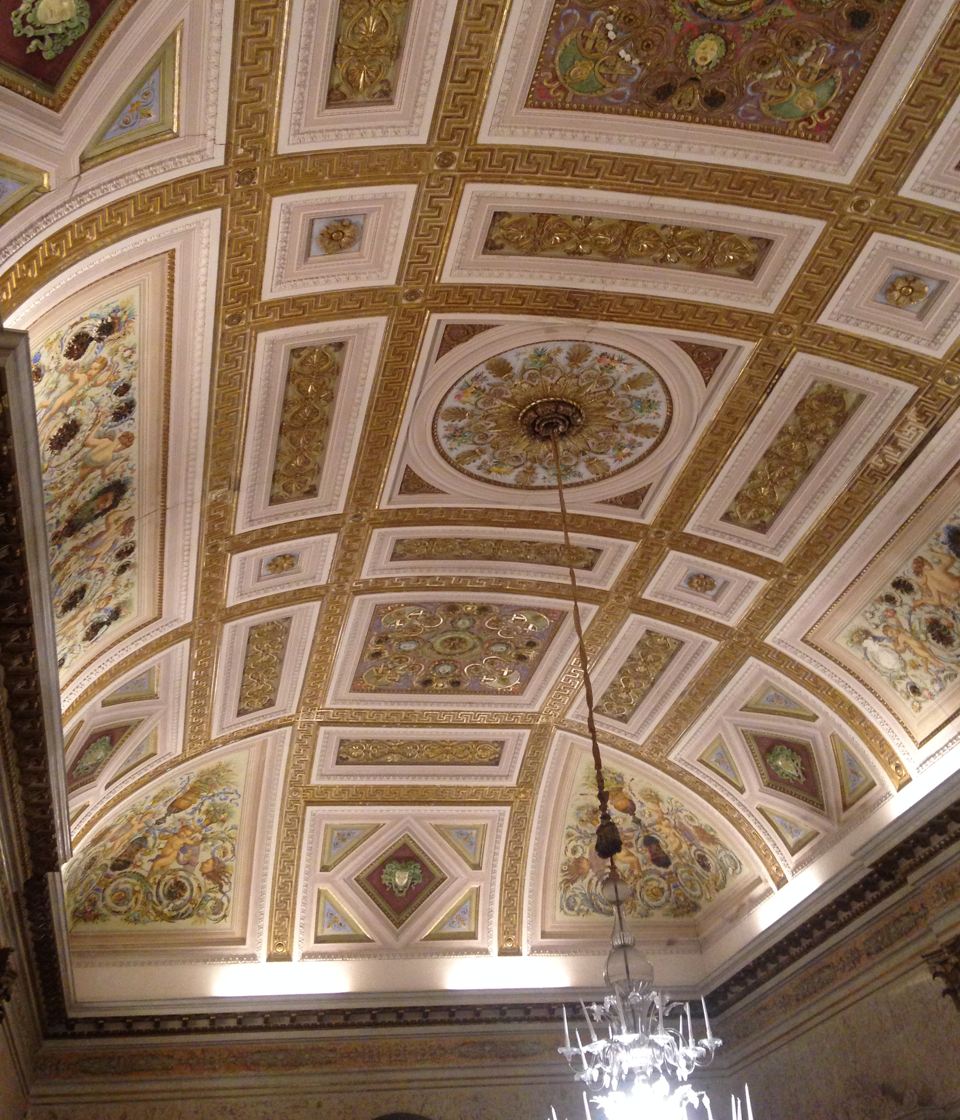 The Villa belonged later to Count Giovanni Battista Giammarini, a Paccaroni son, and finally was acquired on April 20th, 1891, on the occasion of his wedding, by Count Guglielmo Vinci (1850 – 1922), belonging to an ancient family of Fermo, grandfather and great-grandfather of the present owners.
Many personalities made appearances on the balcony of Villa Vinci: such as Giuseppe Garibaldi (1849), Pope Pius IX (1857), the Prince of Piedmont, later King Umberto I (1863), the poet Giosuè Carducci (1876), the politician and writer Felice Cavallotti (1894), the Prince of Piedmont Umberto, later King Umberto II (1925).

Since 1914 the property has been under the supervision of Fine Arts Department.